Margaret Kilgallen, along with her husband Barry McGee, was one of several American artists in the nineties (collectively known as the Mission school) creating a fusion of work drawing from street art, graffiti, folk art and installation art – with work feeling equally at home in the gallery as on the numerous non-commissioned murals she painted on city walls.

With a strong interest in folk traditions, learning amish quilt-making and bluegrass banjo at an early age, before studying studio art and printmaking in Colorado, Kilgallen then moved to San Francisco and began drawing inspiration from old hand-painted shop signs. She would graffiti freight trains, an old hobo tradition, using the tag Matokie Slaughter. During her time in San Franciso Kilgallen worked at the public library repairing old books, a job that informed her study of traditional typefaces.

These influences are clearly visible in her work, made even more striking by her unorthodox use of colour (her paint was often obtained for free from recycling centres where surplus paint was randomly mixed to create ugly brown and yellow tones that many would have deemed unusable). 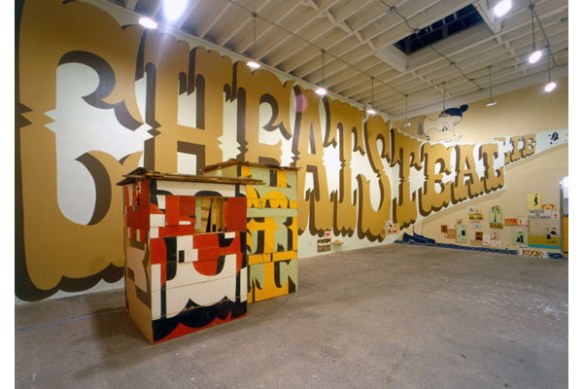 Sadly Margaret Kilgallen was diagnosed with cancer while expecting her first child and, opting to forego chemotherapy to see the pregnancy through, died in June 2001 just a few weeks after giving birth to her daughter.

Her work, along with that of her husband and many of their contemporaries, is featured in the documentary Beautiful Losers. Margaret Kilgallen explains her work and influences in the video below.

Some practice boards. I have a new set of brushes and I’m developing a nice line in gibberish and quarter-moon crescents, which should set me in good stead for the future!

What better way to start a new year than a 4 and a half hour train jaunt north o’ the border.  We’ve had a friend living in Edinburgh for ten years now and have made several trips to visit – either as a base to then go and explore the Scottish highlands or attend music festivals in Fife fishing villages, or for New Year (the year we went was cancelled due to terrible weather!).  Anyway,  it’s become one of my favourite cities and I would happily return again and again.

Fortunately two more friends have recently relocated to this part of the world so we managed to spend time catching up with them, exploring both Edinburgh and the picturesque villages of Anstruther and Pittenween on the East Neuk of Fife.  I won’t bore you with my holiday snaps as that’s really not the point of this blog.  However here are some visual stimulants from the trip which are (sort of) relevant: 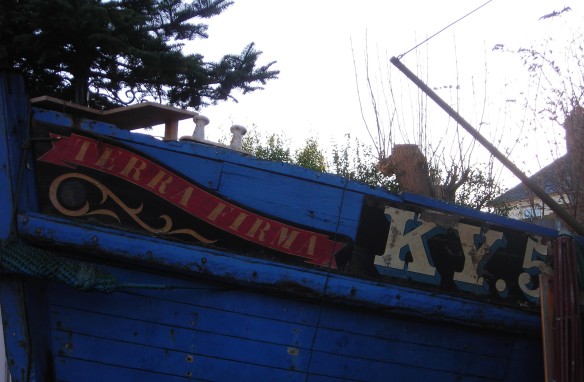