Pretty pleased to be featured among some very fine British signwriters in this photo feature for the Guardian, courtesy of Poppy McPherson. Click the link…..

Kicked off 2015 with a few days in Berlin to see in the new year and celebrate a friends’ birthday. Although we’d previously visited the city a few years ago as part of a European Inter-Rail trip, we needed little persuasion to revisit, Berlin is one of the best!

Situated a stones throw from Checkpoint Charlie on the border of historic Mitte and the slightly scuzzier but no less charming area of Kreuzberg, we took in cold-war history at the checkpoint museum and Karl-Marx-Allee, the Jewish museum in Kreuzberg (worth it for the architecture alone and an excellent gallery of poster stamps – early advertising stamps featuring exquisite illustrations and typography), excellent German food and flea markets in Freidrichshain, the overwhelming crowds at Brandenburg gate for New Year’s Eve, street art at the East Side Gallery (and most other places!) and some fantastic bars (again, mostly in the Kreuzberg area).

A late highlight for me was a visit to the Buchstaben museum. Here’s some explanation from the museum literature:

“The Buchstabenmuseum (the museum of letters) was born out of a passion for typography and for rescuing threatened letters from public spaces.  In 2005 Barbara Dechant and Anja Schulze founded the non-profit organization……dedicated to preserving, restoring and exhibiting signage from Berlin and around the world.  The museum researches and documents the stories behind the signs, exploring the letters’ unique typographic qualities as well as delving into the manufacturing process.”

The museum was small but held a wealth of interest. The main gallery featured exhibits based on some of the salvaged signs, often with additional notes on the history of that particular sign and, in some cases, archive film footage and interviews with those involved in the production. For someone in the industry and with a general interest in the field, this all proved fascinating, but the look of the exhibits themselves held a more general appeal to those beyond type-geeks and graphic designers.  For a start many of the signs were neon, so walking through the dimly lit museum with these brilliantly illuminated letters was an impressive sight in its own right, regardless of the history and production details. But on closer inspection many of these letters, beyond the glow, had decayed beautifully, all sporting the many signs of ageing and exposure to the city – rust, peeled paint and bird shit. Many of the letters had collected years worth of dried leaves and cobwebs, coating them in a decrepit natural patina that seemed at odds with the still-strong modern glow of the neon.

In a city full of attractions, a type museum may not jump out as an obvious way of spending precious time, but it proved an odd and endearing attraction. Here are my highlights: 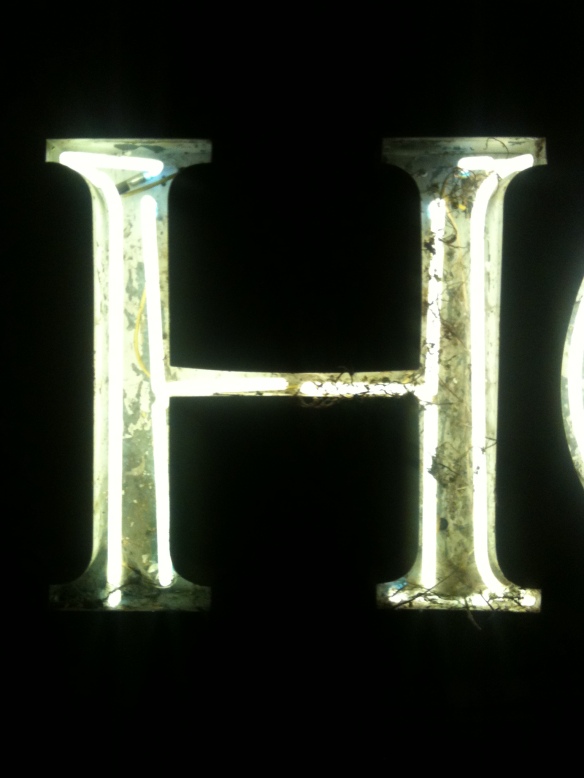 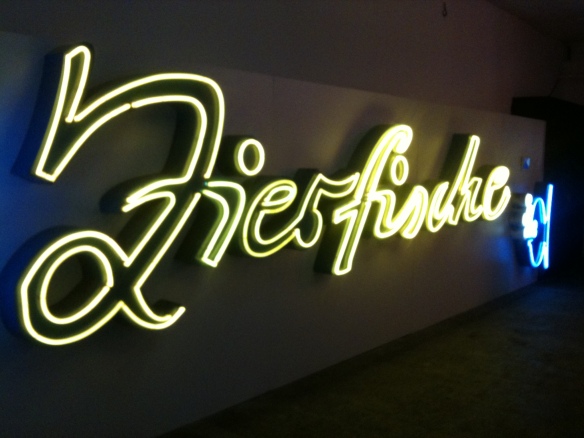 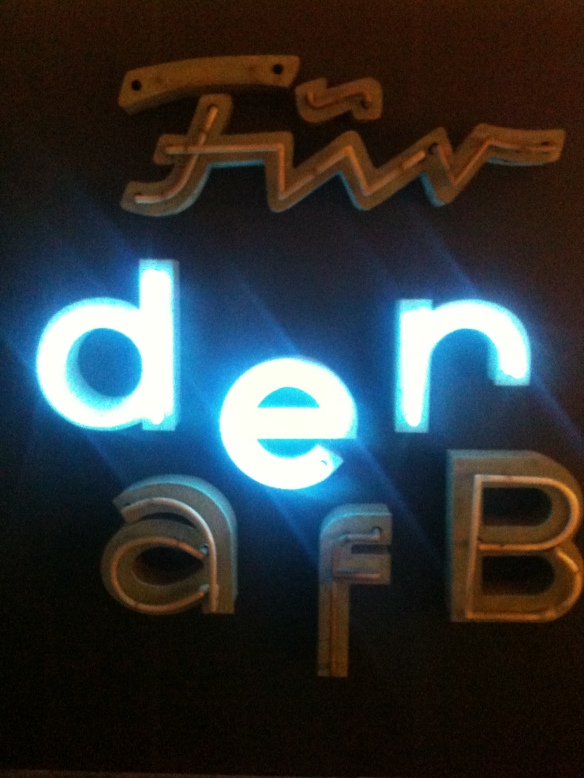 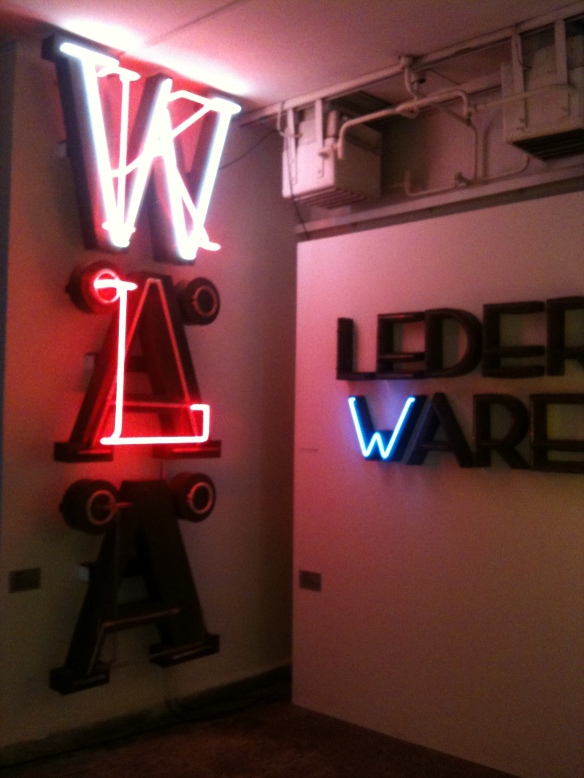 Take a look at the links……

A more substantial post will be up here very soon but, in the meantime, here are a selection of hand-painted projects I managed to complete for xmas gifts in December, for friends and family.

The bucket is for a friend who lives on a canal boat. I thought it would be a good opportunity to try my hand at some canal boat roses.